a case-study disproving the hypothesis that consciousness causes the wave-function collapse in the quantum mechanical measurement process.

Abstract. The aim of this paper is to definitely falsify Wigner’s hypothesis that consciousness is necessary in the quantum measurement process. In order to achieve our target, we propose a variation of the Schrödinger’s cat thought experiment called “DAP”, short for “Dead-Alive Physicist”, in which a human being replaces the cat. The intuition of a specific strategy has enabled us to plan our experiment in such a way as to disprove, despite common expectations,  the consistency of Wigner’s hypothesis and to oblige dualist supporters of this hypothesis either to be trapped in solipsism or to rely on an alternative interpretation of quantum mechanics in which a real world of phenomena is assumed to exist independently of our sensorial apparatus and mind, and where the role of the observer needs to be reconsidered. Our analysis hence provides support to a more intuitive concept of the relationship between the observer and the objects of experimental observation; this and a few other implications are discussed, respectively, in the fifth section and in the conclusions.

The Copenhagen interpretation of quantum mechanics (QM) does not explain how measurements take place. This gives rise to some thought-provoking demonstrations usually called “paradoxes” (for example Schrödinger’s Cat)[1] which render questionable the theory’s claim to completeness, unless one assumes that consciousness plays a fundamental implementation of the quantum measurement process.

Eugene P. Wigner (1902-1995), following the books published in 1932 and 1955 by the mathematician John von Neumann[1] (1903-1957) and a little book published in 1939 by the physicists Fritz London and Edmond Bauer[4], developed an argument in favour of the above assumption, giving rise to the thesis of the wave-function-collapse (WFC) at biological-mental level, here more simply called “idealistic interpretation of QM”.[2]

This paper proposes an innovative version of the Schrödinger’s cat and Wigner’s friend experiments with the purpose of disproving the consistency of the idealistic interpretation of QM, without taking into account, in our discussion, other well-known interpretations concerning the measurement problem.

We will use the term “idealistic” to refer to the Copenhagen [Niels Bohr (1905-1962)] view of atomic phenomena taken to the extreme. This view, in its turn, asserts that an elementary quantum system, say a photon or an electron, is in a state of intrinsic indeterminacy as long as it does not interact with a measuring apparatus. It also asserts that measurements can be made, but without providing an explicit definition of the boundary which separates quantum from classical worlds.[3]

This is the main problem with the theory which weakens its claim to completeness. Indeed, the Copenhagen interpretation is not the only possible interpretation of QM that is subject to this problem which, in more general terms, may be considered as that of defining a satisfactory boundary – and a satisfactory transition process – between micro-systems characterized by quantum state uncertainty and macro-systems obeying the deterministic laws of classical physics (inclusive of the deterministic chaos).[4]

Starting from the Copenhagen view, the idealistic interpretation assumes that it is the observer’s consciousness the fundamental factor which is able, in some unspecified and mysterious manner (Wigner refers to “a deus ex machina”),[12, p. 188] to collapse the quantum system down into one only of its possible states. Here consciousness would play an active role in the measurement process, and would be the only factor capable of determining the transition from the ambiguous realm of potentials to the unequivocal realm of actual events. This is the kind of vision we mean when referring to the idealistic interpretation of QM.

By its very nature, this interpretation is difficult to evaluate, both in purely conceptual terms and, obviously, at the empirical-experimental level.[5]

The objective of the thought experiment which will be described hereafter is to demonstrate how such an interpretation, also known as “consciousness causes collapse hypothesis” (CCCH) of the wave function (WF), may be forced to conclusions that are incompatible with the assumption that consciousness is necessary for providing a complete explanation of quantum measurement process.

In this section we are going to propose a rather dramatic experiment, in which an audacious physicist named “P” is prepared to give her/his life to science. Imagine P inside a sealed room. In a sense, P will play the role of Schrödinger’s cat as well as the part of Wigner’s friend[1] in the original experiments, but – as will be seen – she/he will have a much more important role.

On the ceiling of the room (figure 1) there is an apparatus, L,[2] programmed to emit at a precise time a photon propagating in a direction along which is located a beam splitter, BS, which forms with it an angle of 45°. Beyond the BS there are two photo-detectors, D and D’ with 100% efficiency; D is located along the path of the incident photon, fixed on top of a box and connected to a hammer inside it; under the hammer there is a glass flask containing a lethal dose of gas called “LGD“; D’ is located along a path which is rotated by 90° with respect to the previous one.

The experiment is planned as follows:

The combination of these two parts evolves as a linear superposition according to the Schrödinger equation and travels along two different paths, until the instant in which, in agreement with the wave-function collapse (or wave-packet reduction) postulate based on the Born rule,[3] one presumes that a measurement process has occurred. This is the instant in which the WF collapses and one only of the possible alternatives becomes real, with probability given by the square of the associated modulus (hence, in our example, probability ½ for both alternatives).

If one assumes, as Wigner, “the existence of an influence of the consciousness on the physical world” and that “the measurement is not completed until a well-defined result enters our consciousness” (see ref. 11, pp. 181, 187), that is until the WF collapses into either one or the other of its two component parts, then inside the room, as long as P is under the CPB effect, there is the linear superposition described above which, while time is passing, is propagating along the whole macroscopic measurement system up to the scale of P‘s brain. Subsequently, the superposition will cease to be linear when it reaches P‘s consciousness.

Consequently, there are two possibilities or chains of events, which we call “E(∙)” and which will travel according to the superposition principle until a certain instant of the experiment: 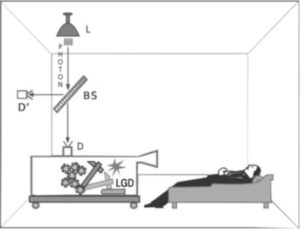 Fig. 1 Illustration of the experimental room during the time interval between 12:00 AM and 1:00 PM.

It will now be important to analyse the DAP experiment from the perspective of the CCCH. In particular, it is important to try to understand and establish when (at which exact point in time) it makes sense to say that the WF collapse has occurred.

3 Formal description of the DAP experiment

In discussing the DAP experiment described in section 2, we will now verify when or whether there are the conditions to bring about the collapse of the WF, ψ,  of the system.

The above equation, which entails a superposition of macroscopically distinct states, is not in conflict with the Copenhagen interpretation of QM. The sign “+” between the two incompatible states is a very embarrassing element which does not allow us to assert that P is either  dead or alive. The CCCH establishes that the superposition can be eliminated only by making on the system an observation aimed at determining whether  P is dead or alive.

3.1 Four remarks regarding the experiment

[…] We would like to close this paper quoting the following words of Steven Weinberg[33, p. 124]:

[1]Wigner’s friend, here called “F”, is a physicist left alone inside a laboratory with the task of checking attentively whether or not a detector has emitted a flash (has registered the arrival of a photon or not). Wigner is waiting outside and suspects that F (as well as all other human beings) may  have weird perceptions and be in the superposition of macroscopically distinct states |F has perceived a flash> + |F has not perceived a flash>. Finally, Wigner enters the lab and asks F whether or not he  perceived a flash. His reply (yes or no) should remove any doubt as to whether the wave-function collapse has occurred. However, Wigner will question whether it is acceptable or not to establish that the collapse into one only of the two possible alternatives is determined by his action (his request and reception of an unambiguous answer). He poses this question since his initial way of interpreting the state of the system gives rise to a rather embarrassing paradox, from which he has three possible ways of escape: 1) accept a relative form of solipsism, in the sense that he believes to be, among all living creatures, the only one who has unambiguous perceptions, 2) assume that QM is an incomplete theory, 3) assume that QM is not applicable to human beings; he refutes solipsism and, being  a firm supporter  of QM completeness, opts for the last solution, assuming that there are beings, at least human beings, endowed with consciousness that constitutes an ultimate reality and plays an active role in determining the measurement process by rules that are not susceptible to scientific description.

[2]In such a mechanism a battery is supplying electric power.

[3]This rule, introduced by Max Born in 1926, states that in QM experiments the probability of obtaining any possible outcome, after a measurement/observation, is equal to the square of the corresponding probability amplitude.